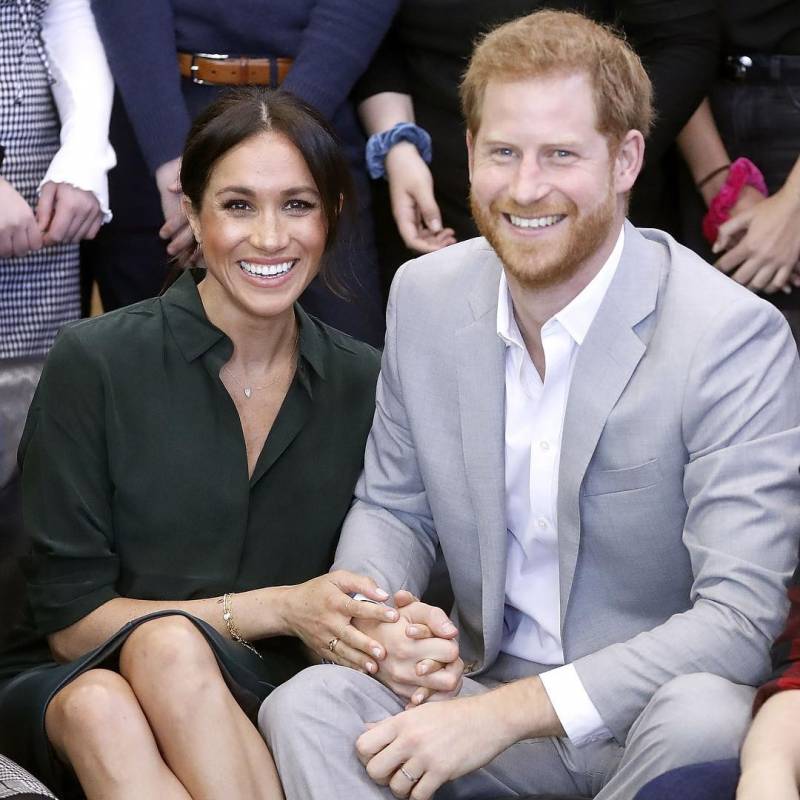 By Amanda & Christine of Meghan's Mirror

There are very few things more exciting than when a friend or family member shares the amazing news that they're expecting a baby. The excitement around welcoming a new person into the world is one that is felt by more than just a mother- and father-to-be, but by their wider surrounding community is also eager to share in the joy.

When Meghan Markle, the Duchess of Sussex, announced that she and Prince Harry were expecting a baby as they began the Royal Tour of Oceania, the world was just as caught up in the couple's excitement even though the vast majority of us don't even know Meghan personally. We just feel like we do because she's so relatable, personable and was nice enough to let us in on the happy ending of her fairy tale, which in case you didn't know, many of us watched in awe as she married her prince just a few months ago.

That relatability that Meghan shares with so many is why her style is so popular and why our site, Meghan's Mirror, the oldest and largest site dedicated to covering the style of Meghan Markle, has so many passionate readers. People can see themselves reflected in everything from Meghan's family issues, background and heritage to her affordable sneakers and casual skinny jeans.

Now that Meghan is expecting, the question on everyone's lips is whether Meghan's style will continue to be as relatable as it has been or how it might change with maternity pieces being worked in. We've been documenting Meghan's style for years and can quite confidently say that we don't think there will be any major changes in her style during pregnancy or postpartum. Meghan transitioned from Meghan Markle to HRH the Duchess of Sussex while maintaining her style and sense of self, and we see her embracing the changes happening to her body and enjoying this special time - while still rocking the stylish looks she's known for.

We saw Meghan's first foray into maternity fashion just recently on the Royal Tour of New Zealand, where she stepped out wearing an extremely affordable maternity dress from ASOS Maternity, a line we think she'll continue to look for stylish, price-friendly choices. Even though Meghan has access to a royal spending allowance for clothes (and why we also think we'll see some bespoke/customized pieces from designers like Givenchy or Stella McCartney), she's still like any of us in recognizing the pieces she needs to accommodate her pregnant figure are temporary and not wanting to spend a fortune on them. We'd love to see the Duchess in royal pregnancy favorite Seraphine like her sister-in-law, Kate, or pieces from Jojo Maman Bebe.

We also know that Meghan has a "secret" weapon up her sleeve in her BFF and stylist Jessica Mulroney. Jessica has navigated stylishly through two pregnancies and undoubtedly knows the ins and outs of dressing to flatter Meghan's bump and the expectant mama at the same time. Many women, ourselves included, find it challenging to retain a sense of self when your body is going through rapid changes, but we're sure that Jessica will be able to help our lovely royal balance down to earth Meghan Markle with Duchess Meghan and mama-to-be Meghan.

While the news of Meghan and Harry expecting was not unexpected - the couple had long said they wanted to have a family - we were surprised at how quickly following the wedding it happened. We are delighted for Meghan and Harry and look forward to seeing the two transition from newlyweds to parents in the coming months... Stylishly, of course!

What are you looking forward to in Meghan Markle's baby on board style? Let us know in the comments below!

Practicing Self-Care During the COVID-19 Pandemic

Bridal Guide: 6 Tips On How To Go From Miss to Mrs.