De'jan and William met through a mutual friend. They spoke for about 10 minutes on the phone until William said he had to go and would give De'jan a call back. That call back however took about 365 days to happen! William reached out to De'jan  Facebook, where the pair exchanged numbers once more. This time William had to try and try to get De'jan out the house, but the timing never worked out. After a few weeks of missed connections, De'jan texted William to ask if he'd be around. William of course said yes and met De'jan in person the first chance he had The day William and De'jan first went out together, sparks flew. The conversation was amazing and it felt like they knew each other for a lifetime. From that day forward, the couple spoke every single day, and of course the smooth guy William is, he gave De'jan a kiss and she never looked back! Check out their beautiful engagement session captured by Novaes Photography. 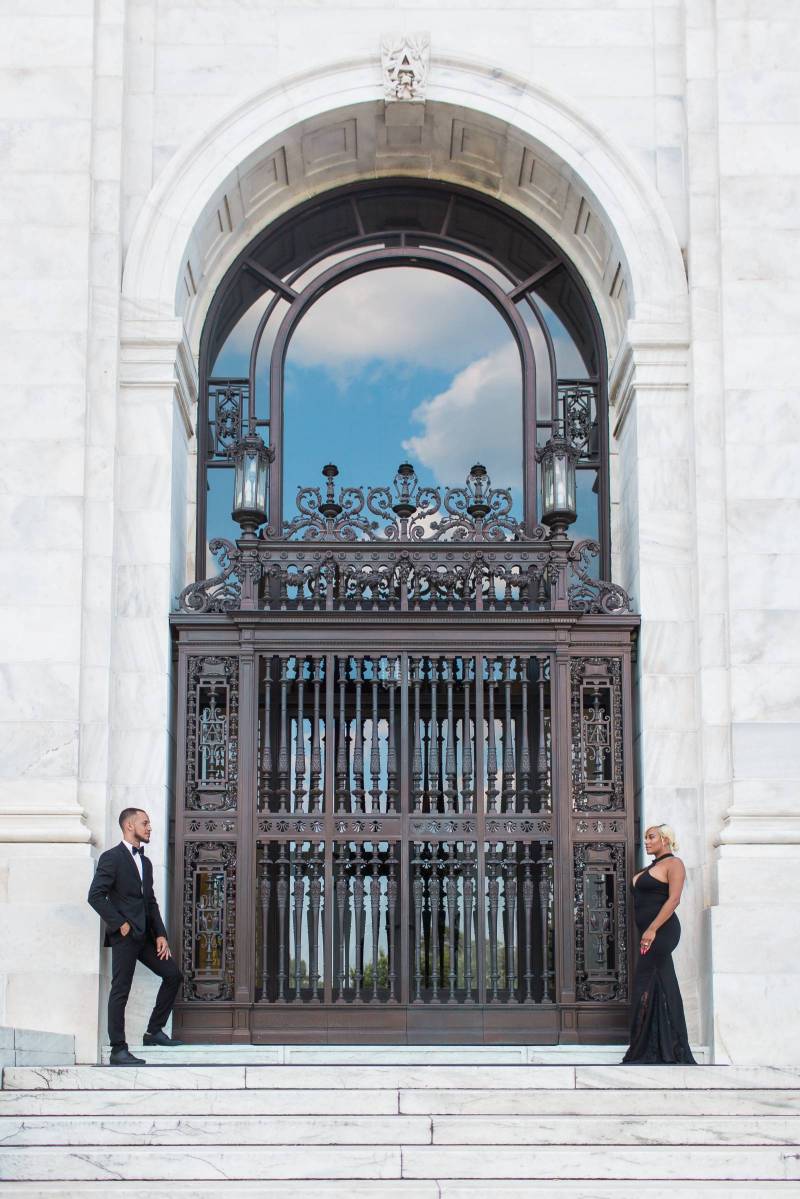 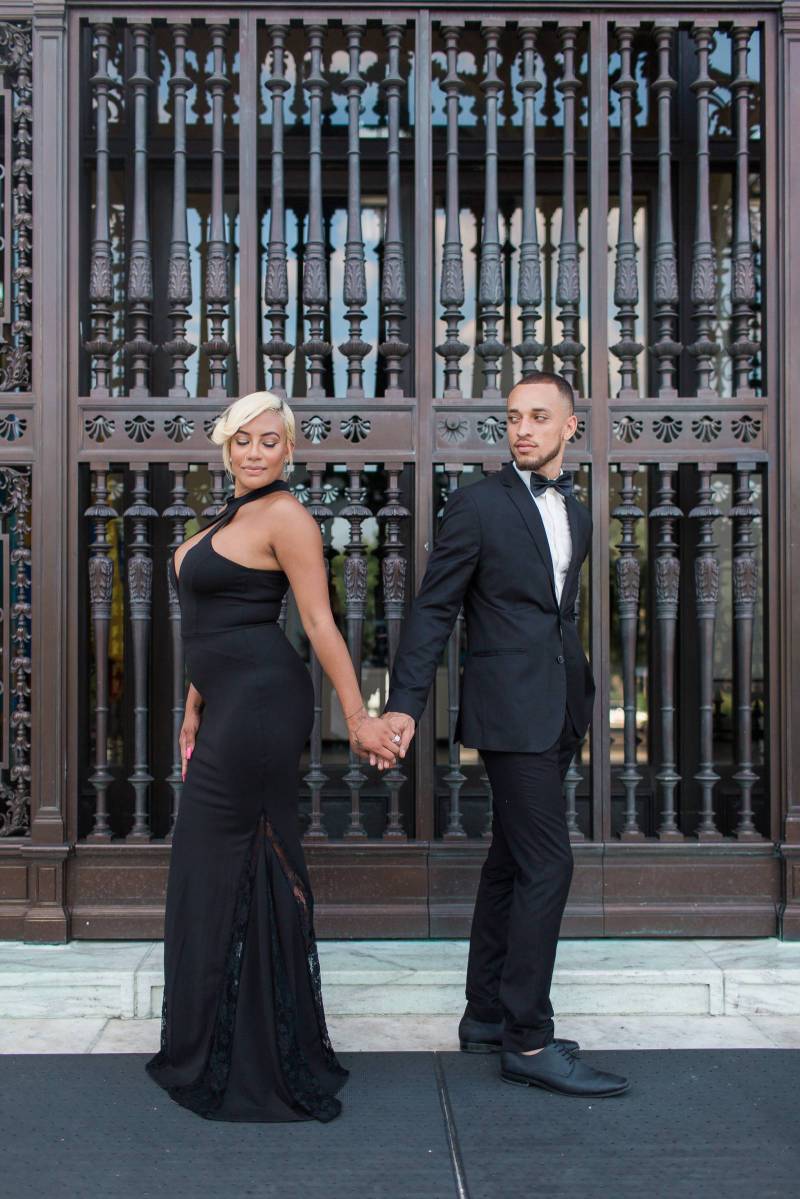 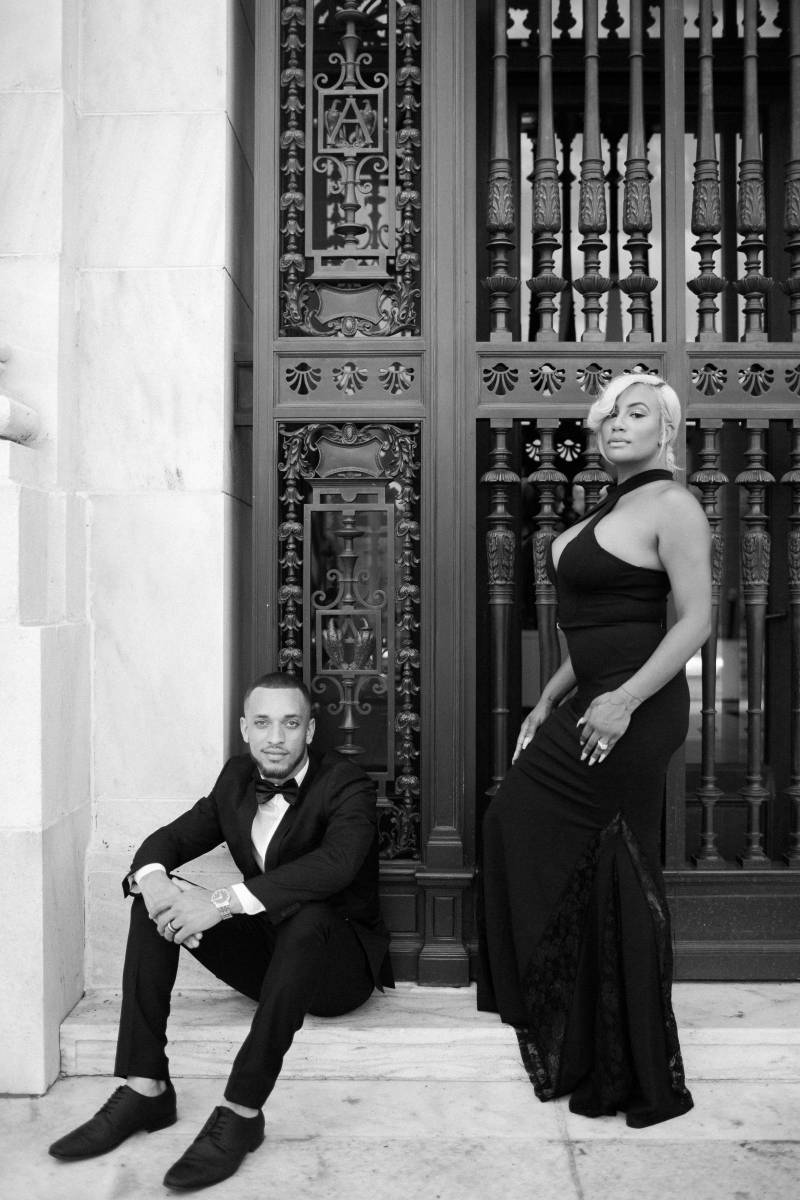 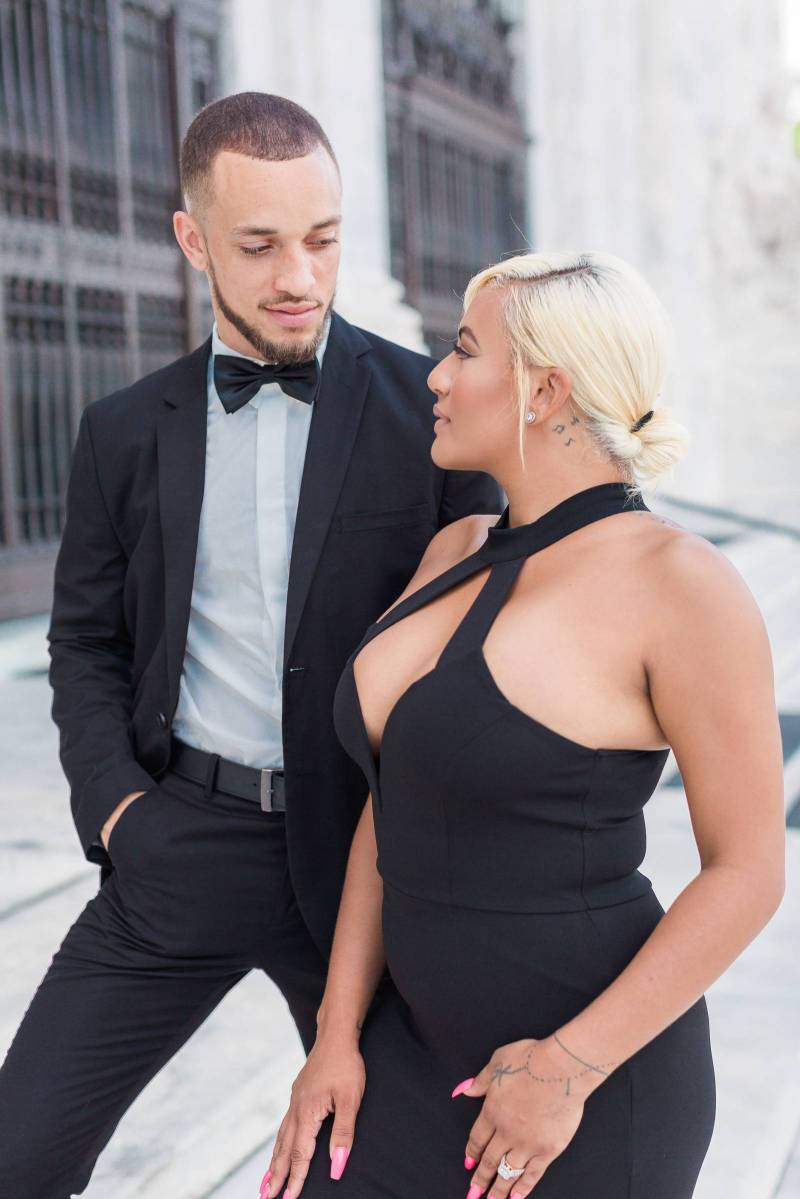 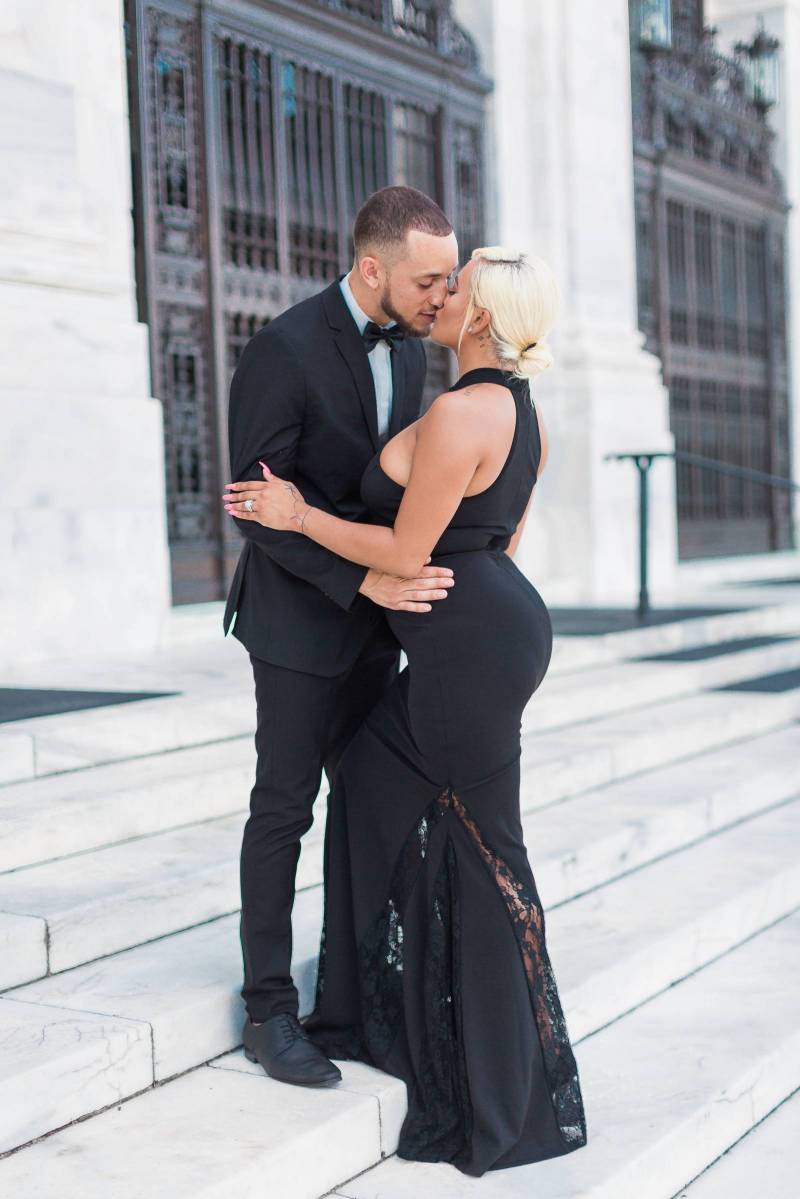 I had  no idea that he was thinking about a proposal, we spoke about marriage and how we wanted  to create a family together, but I didn't know the day he would ask would be on my 24th birthday (March 7, 2016). The night was really nice and elegant with most of our family in friends in attendance, about 25 people total. To give you a true picture of the day, I woke in a panic not knowing what I was going to wear, or what I was going to do with my nails or hair- typical woman struggles, but Will and my sister had it all planned out. Little did I know, they had a whole birthday party planned on my behalf and I for sure wasn't ready it. But my sister said "girl get up" and had me doing things left and right to be prepped for the night. I never questioned and asked why she was doing these nice things for me, but I agreed to literally everything she asked or wanted me to do.

So fast forward to the whole getting ready process, I find out that we're going to have dinner at the National Harbor in Maryland, and he planned a really nice dinner with a lot of my close friends and family, so it was pretty special to know that he did all this on his own and was able to get so many important people in the same room. It was exciting! Then he said let's go outside and take a picture by the ferris wheel, and after about 15 minutes trying to get everyone in the right formation, he whispered in my ear and said "Babe do you love me and do you want to be with me forever?"Of course I looked at him and said yes, but was more worried about getting the picture taken.

After he asked those questions I looked away and next thing you know he was down on one knee, asking me to be his wife. Of course I was like "this isn't happening right now," and had to pause to take all this in. He sat there and looked me in my eyes and said, "baby I want this forever and I wouldn't do it with anyone else but you. Will you marry me?" I said yes and it was one of the best nights I've ever had. 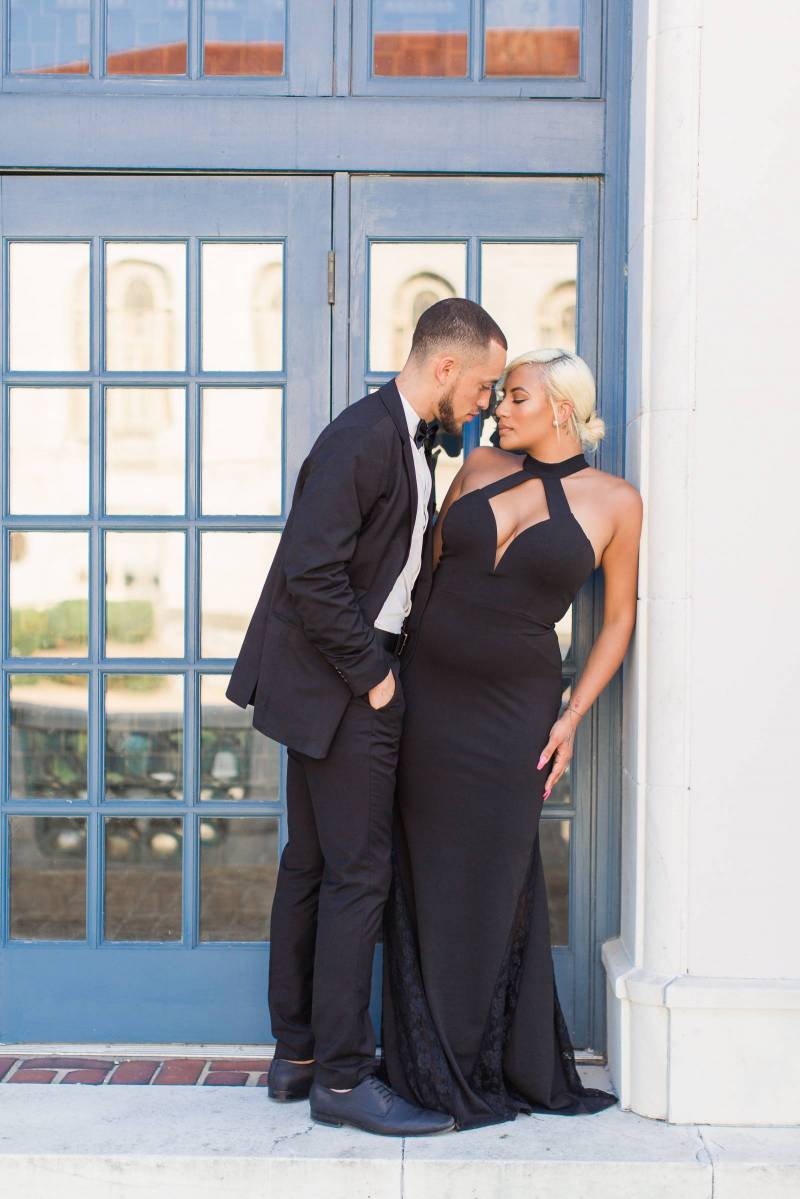 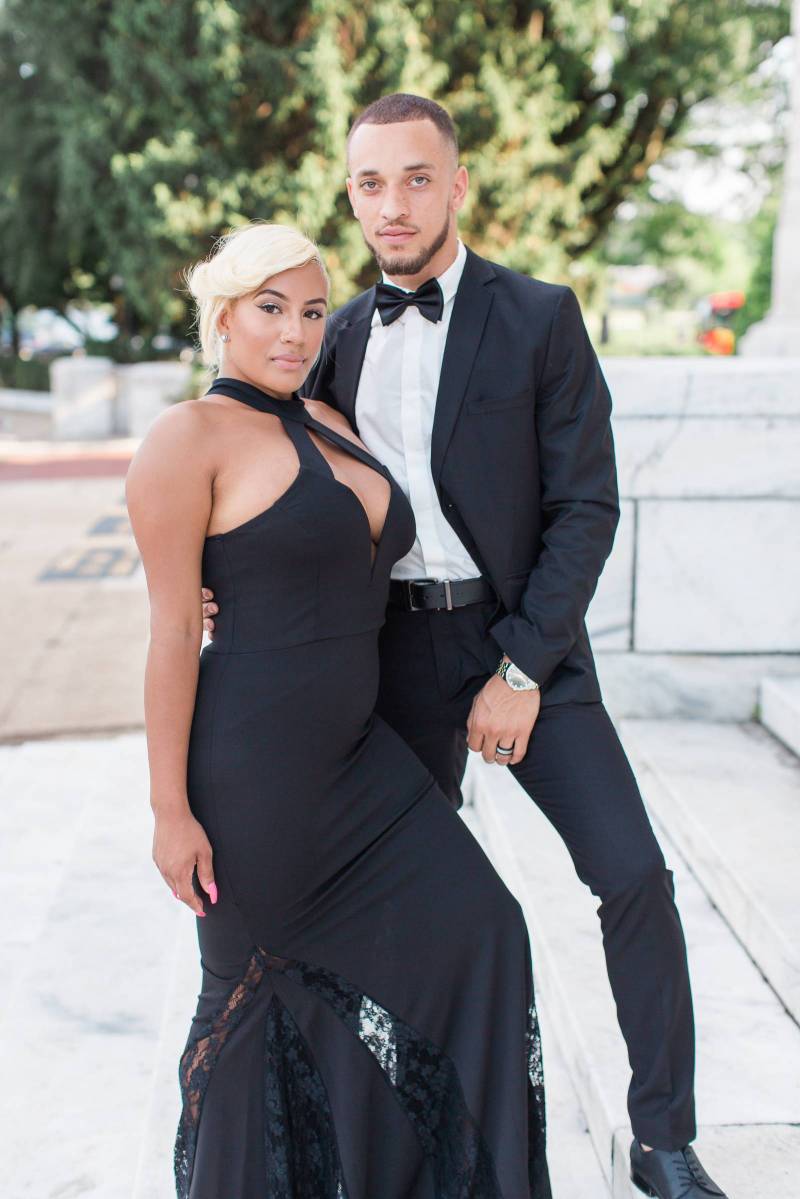 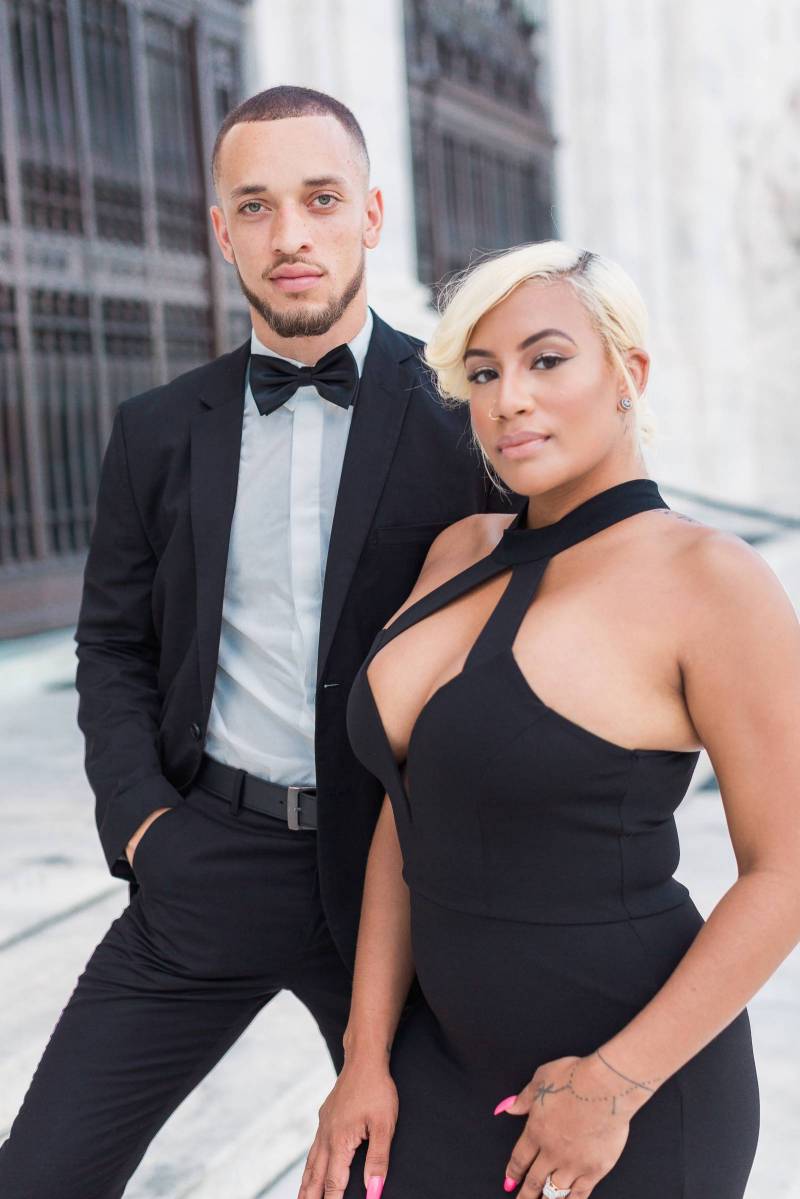 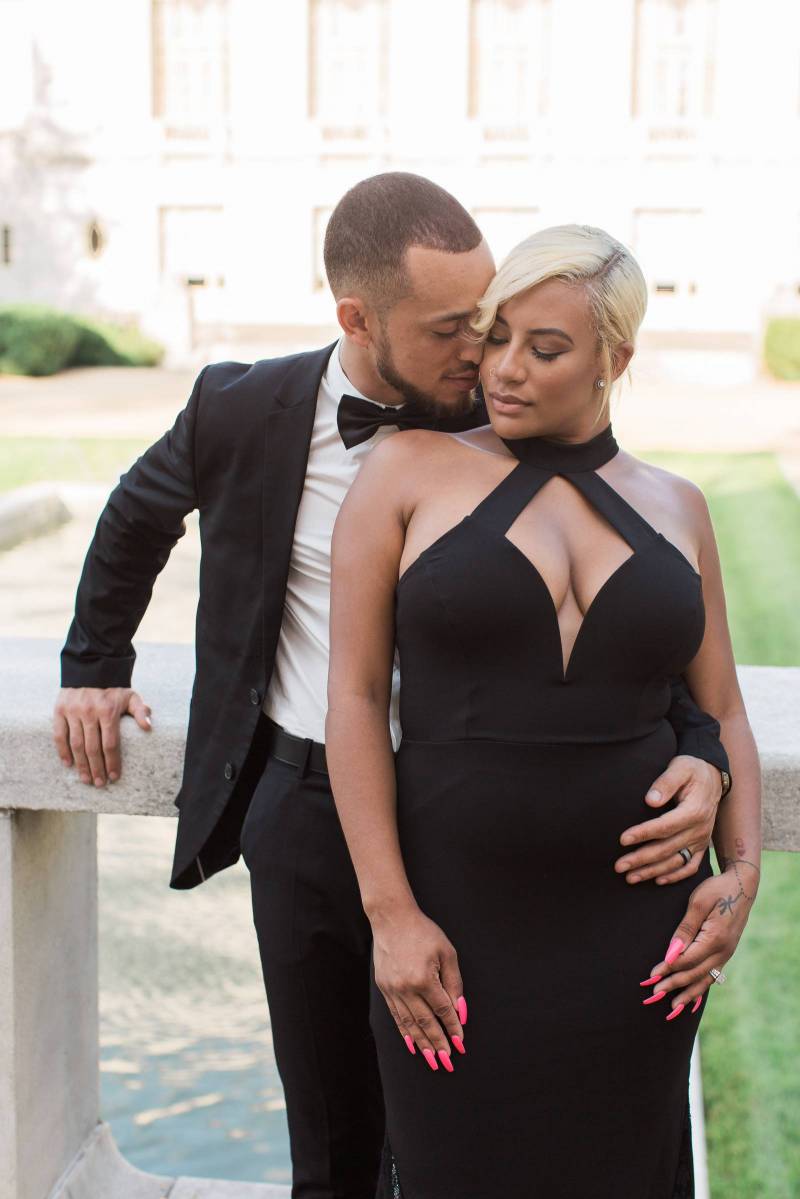 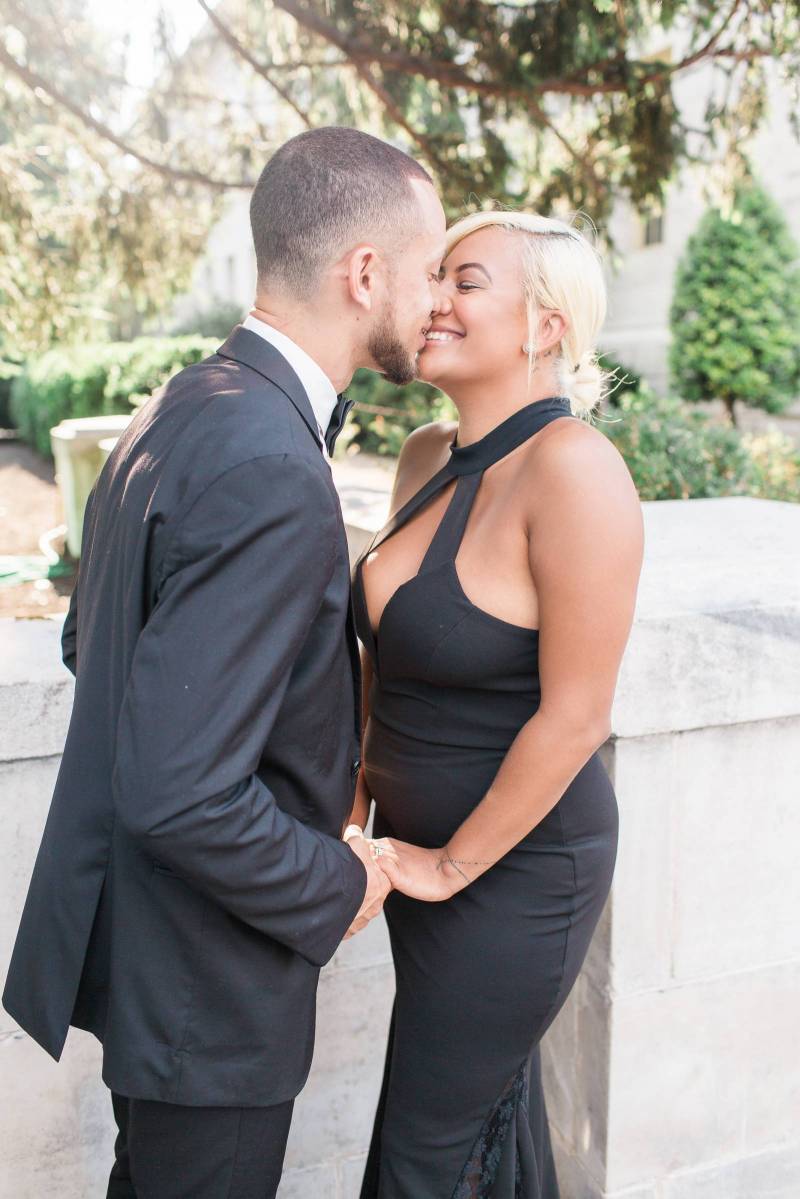 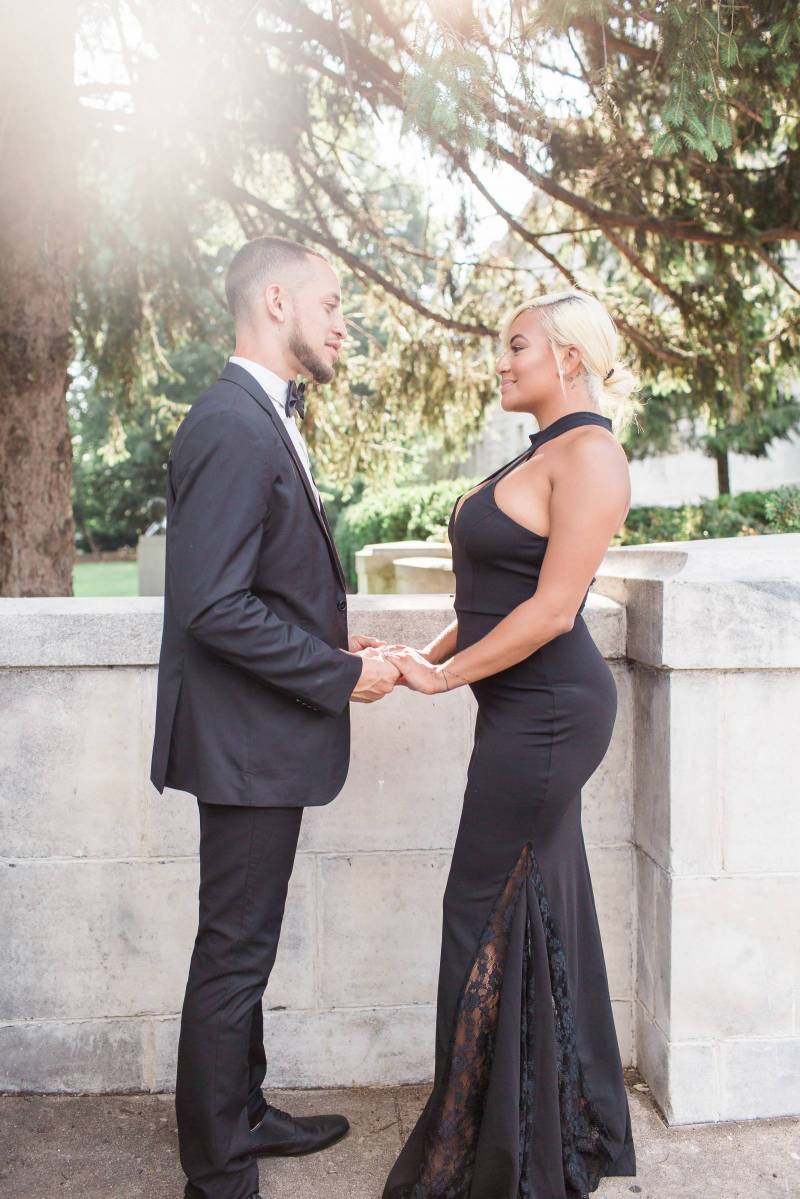 For me this was something I always wanted to do for De'jan. She's so creative and already had a vision of the wedding she wanted. So for me it was just bringing it all together. A lot of time and effort was put into this special day and I hope all the people that will attend our wedding will enjoy the event as much as me and De'jan!

Our love is special because we truly care for each other. It's something about the look that we give each other. We've always been there for one another, and we will continue to grow our love through traveling, children, family and friends. We will always enjoy the time that we have together. 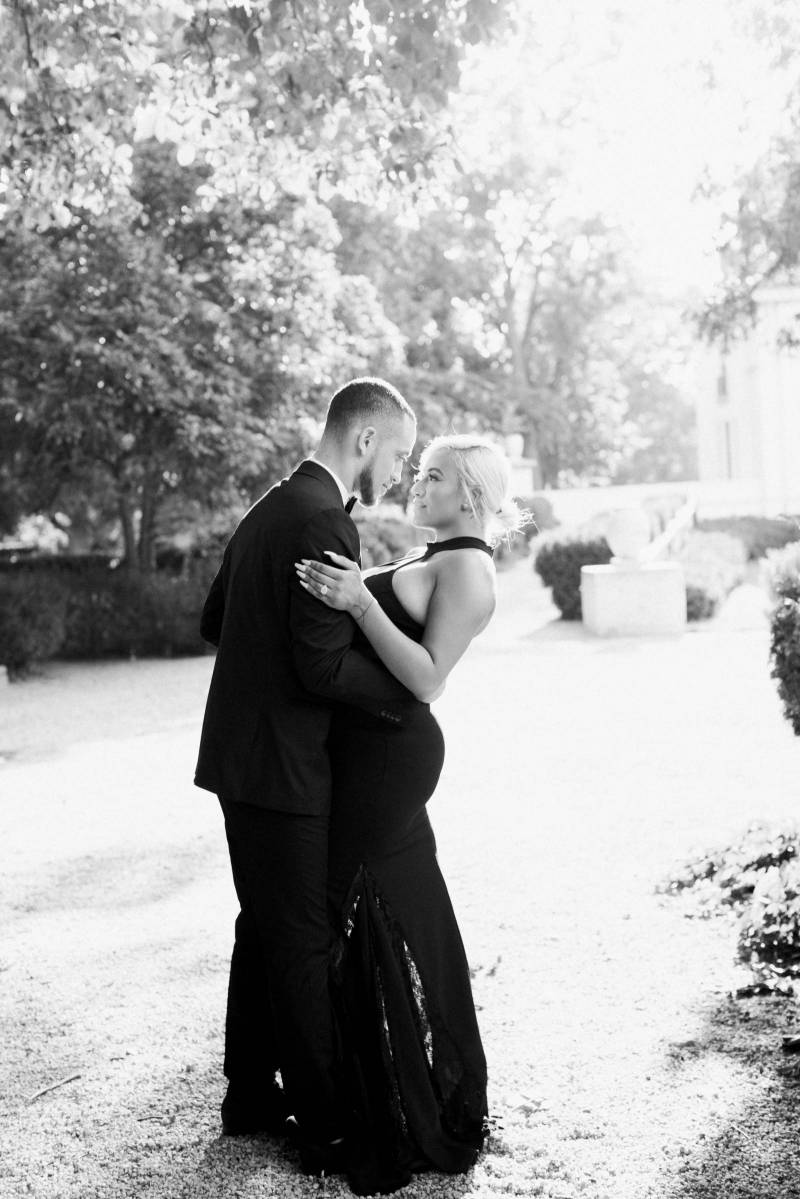 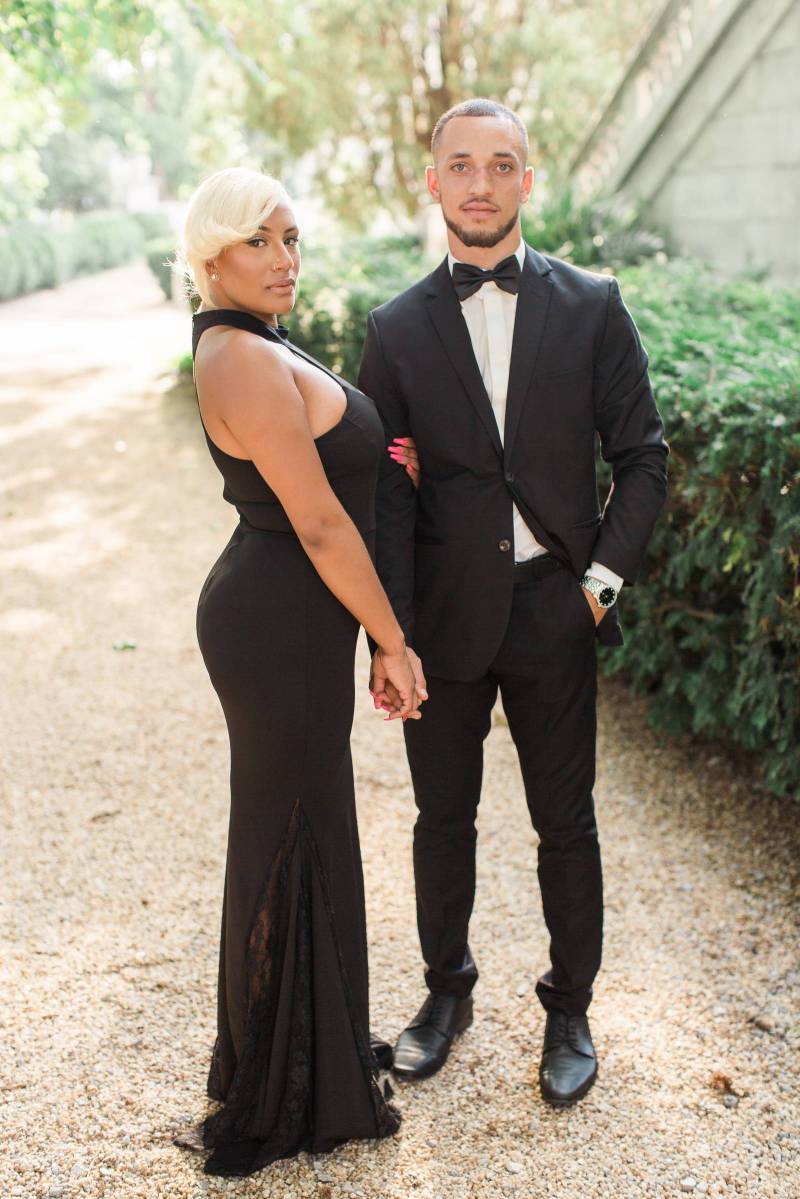 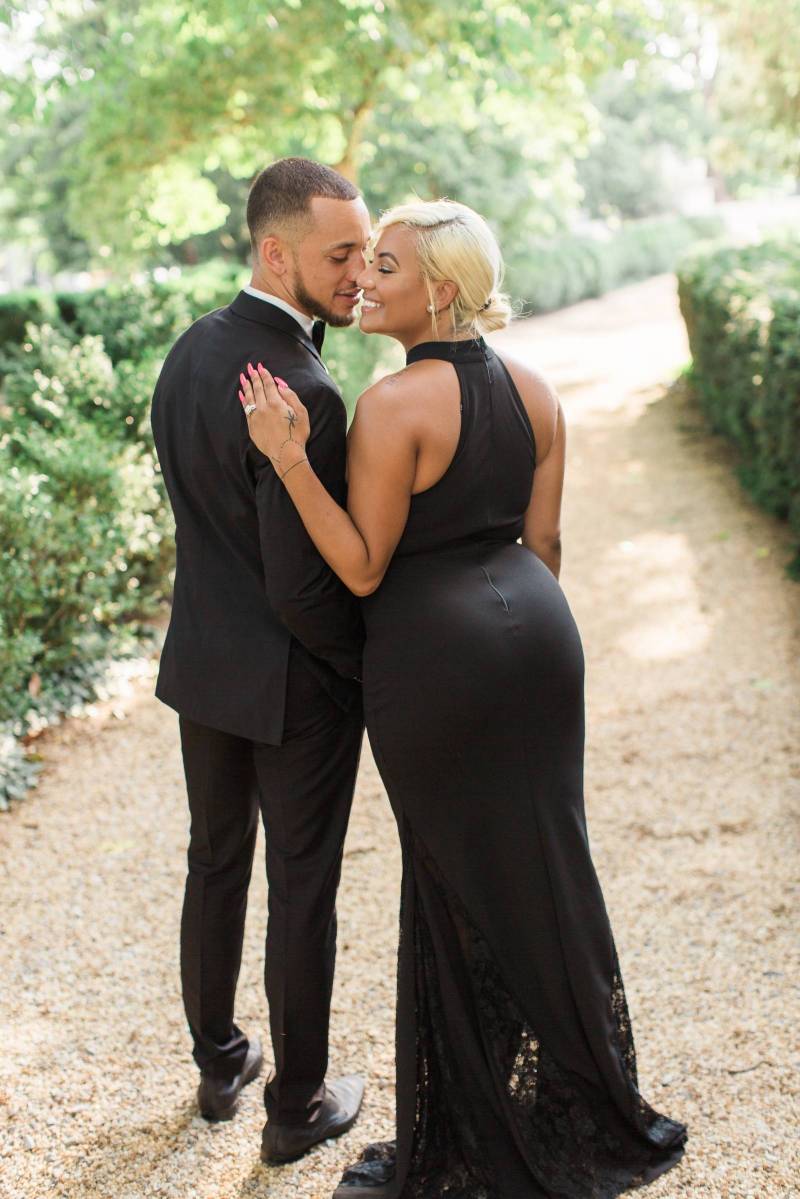 Just Modern. We wanted to display our love for each other and the pictures that were captured for sure grasp the love we share.

Laughing and enjoying the moment with each other. 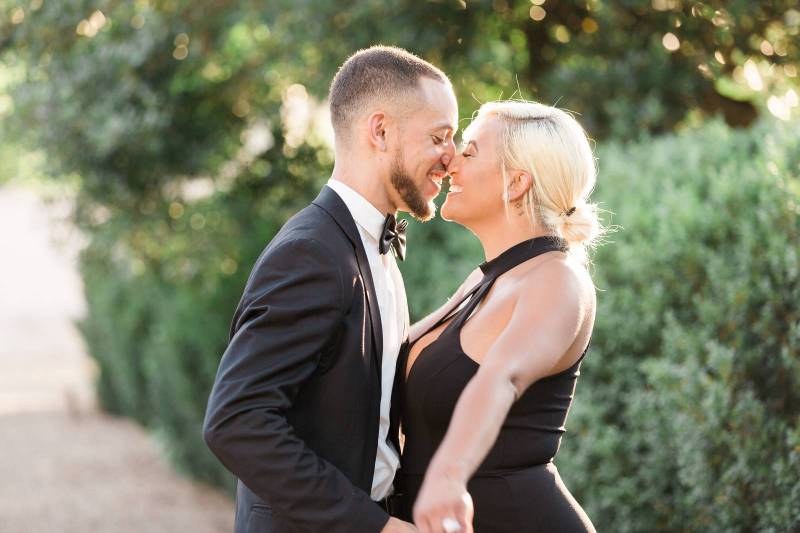 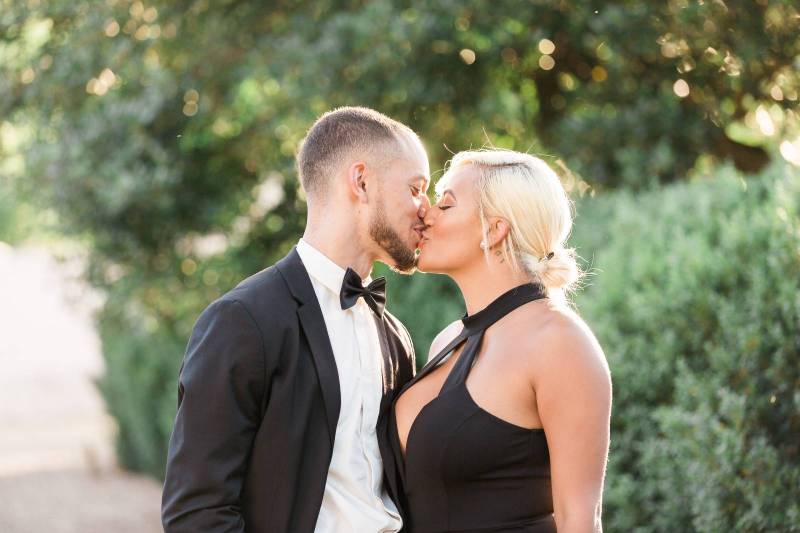 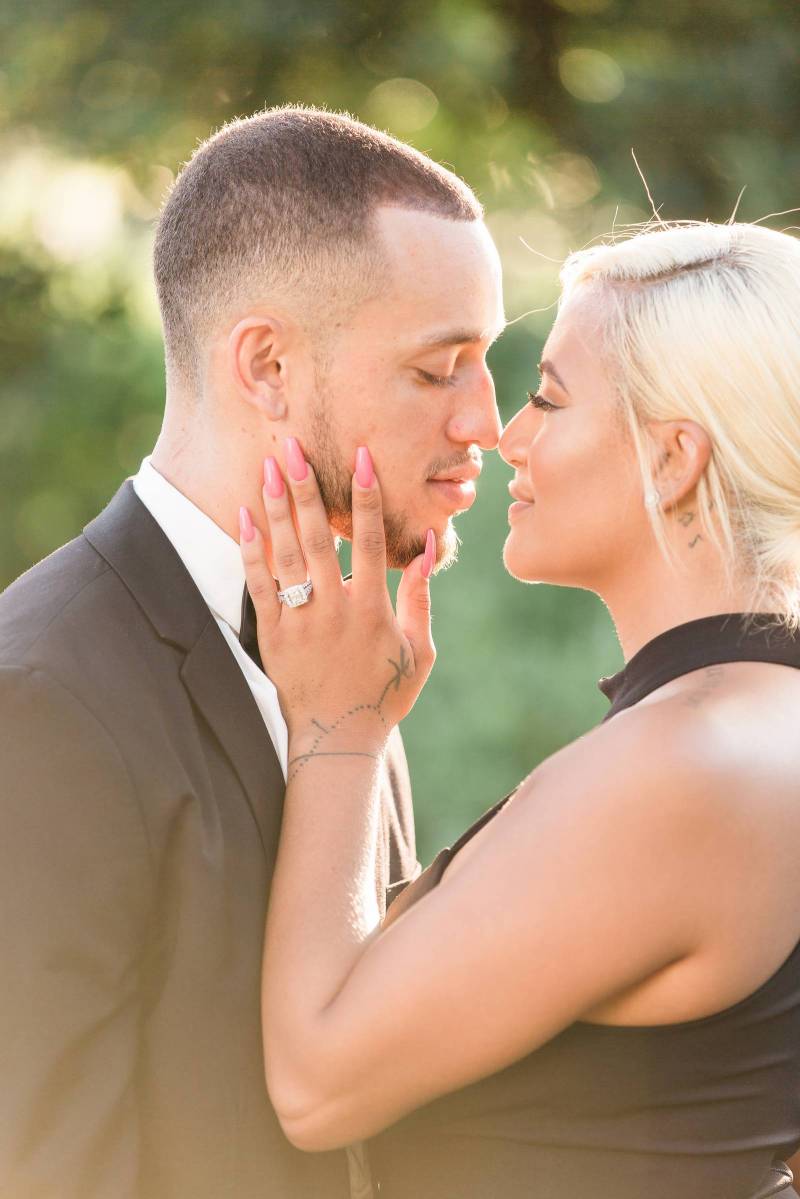 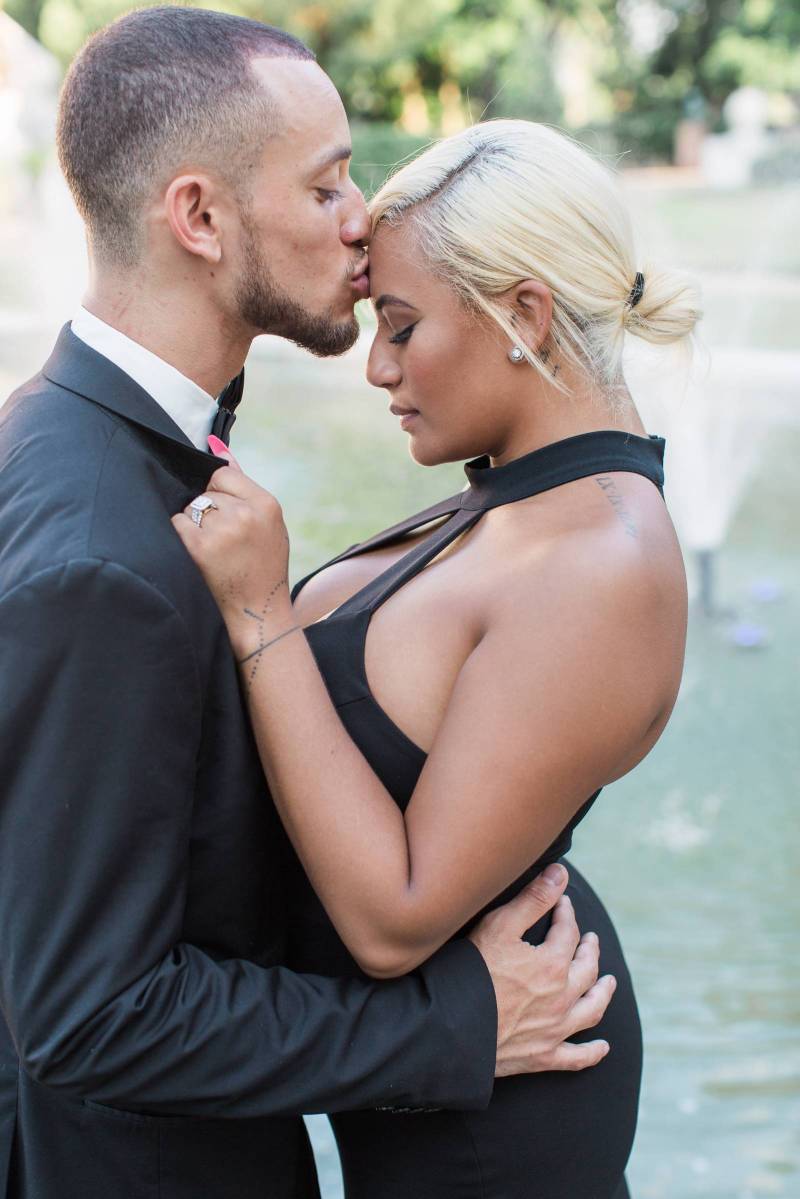 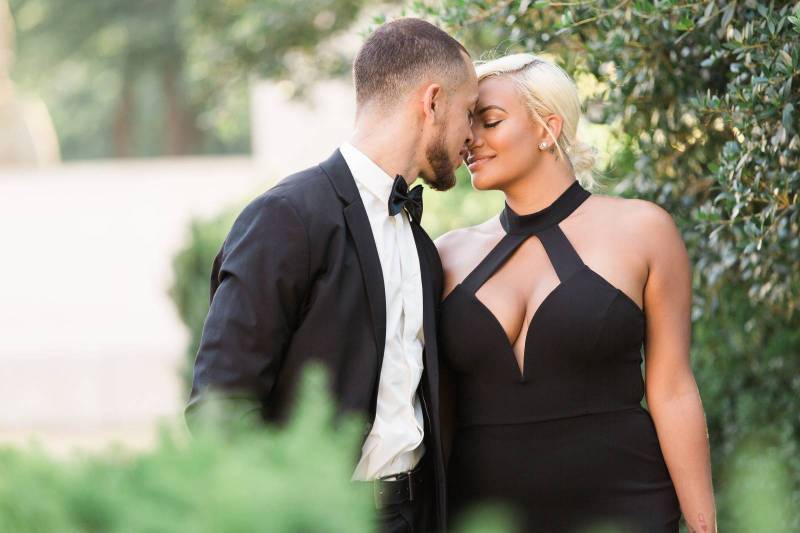 De'jan: I love William and to know that I will spend the rest of my life with him after this day.

William: For me seeing De'jan walk down the aisle and seeing my wife for the first time.

Congratulations to the newlyweds! We wish you many more years of wedded bliss.

A Classic Tropical Summer Wedding in the Bahamas