It was June of 2017 when Daniel and JoAnna first met at a Starbucks in Houston. Daniel struck up a conversation with JoAnna about whose team was better, The University of Florida (JoAnna's alma mater) or Louisiana State which is located in the state that Daniel calls home.

The two felt an instant connection and later went on their official first date at Kitchen 713, a Cajun style eatery. Over the next few weeks, they went on several dates during Houston's Restaurant Weeks.  Eating is a tradition in Houston, and they bonded over one of their first loves: food.  After dating for three years, JoAnna and Daniel tied the knot in a stunning Southern ceremony in South Carolina captured by Story and Rhythm Photography.

Photography by: Tosha of Story and Rhythm Photography

Wedding theme/motif/inspiration: We wanted a feel that was classic and timeless with modern touches and drew inspiration from the South that married Louisiana and Carolina culture.  The theme of the entire wedding weekend was "Black Excellence". Daniel is from Louisiana and JoAnna is from South Carolina.

Honeymoon Destination: Mauritius, an island nation off the coast of East Africa located in the Indian Ocean. 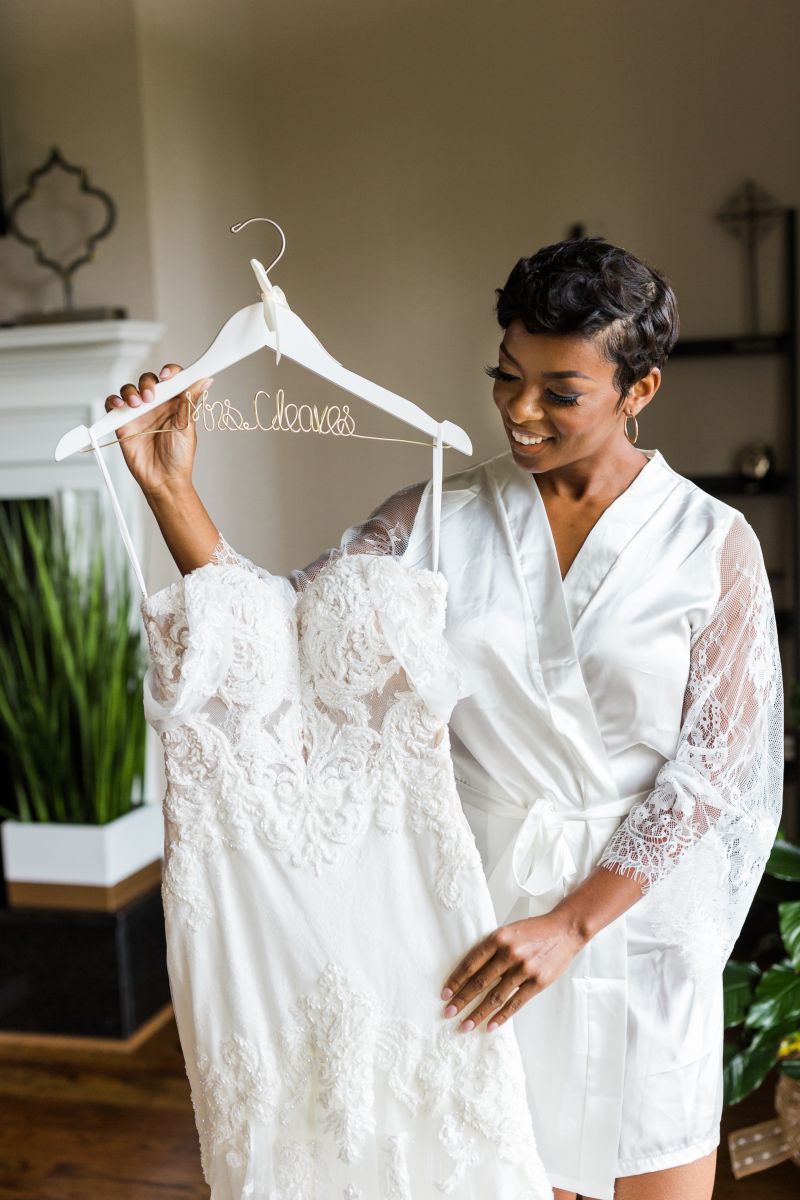 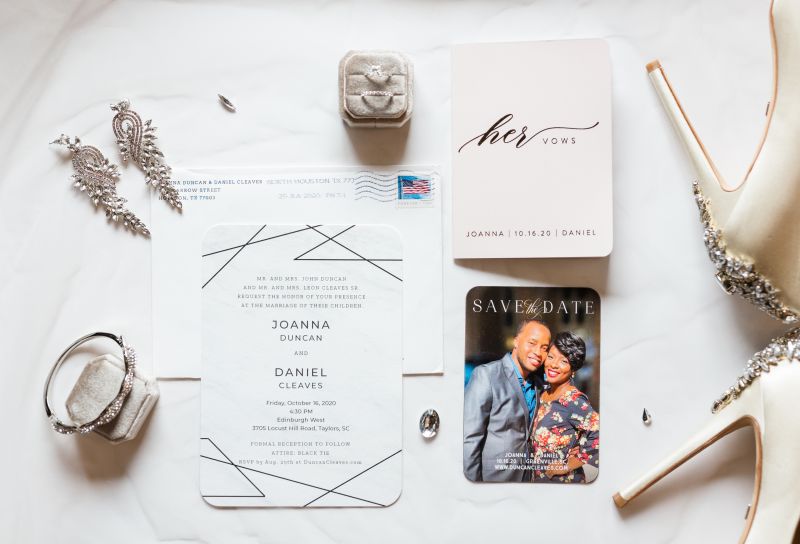 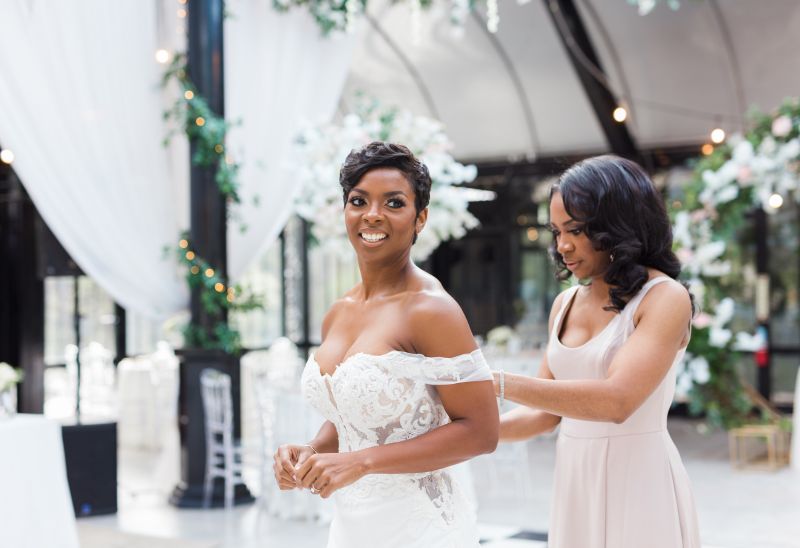 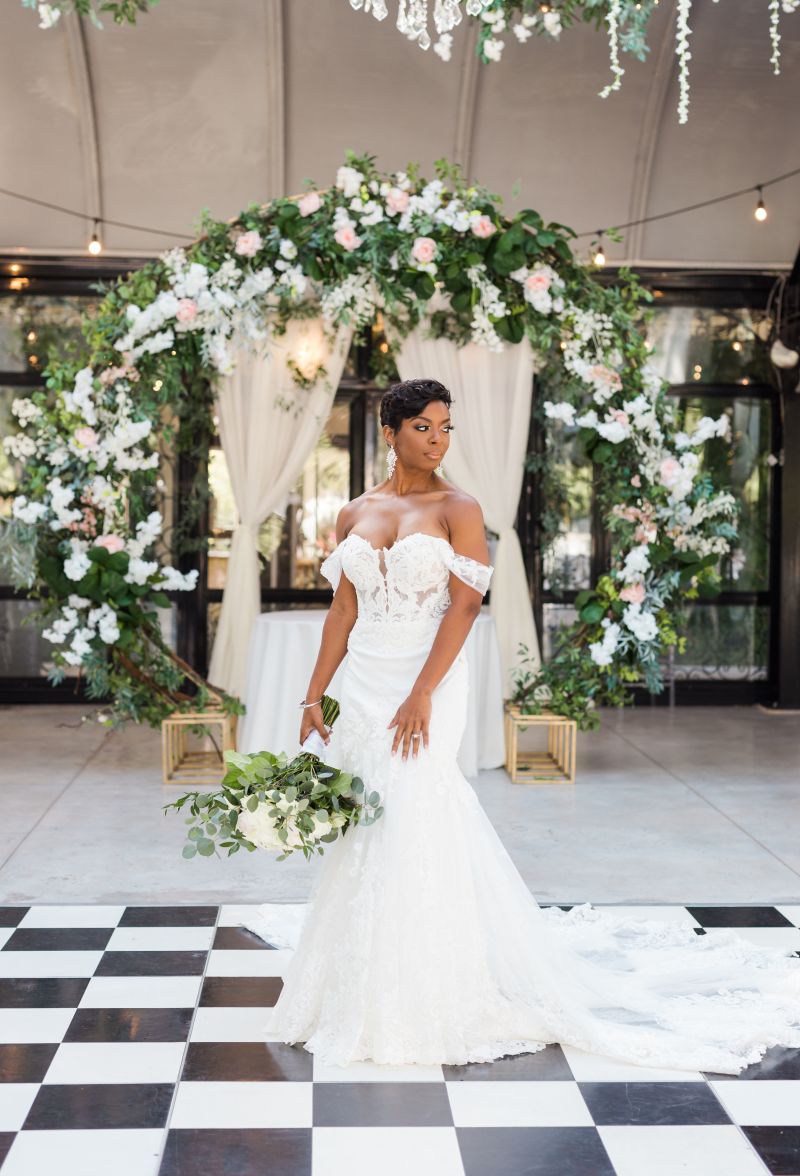 JoAnna was hoping to have a low-key birthday celebration by requesting a nice dinner.  Her choice was Nobu; little did she know, she would have another big celebration.  After finishing dinner, they both agreed to go downtown to enjoy the Houston Astros playoff baseball game.  Before going downtown, Daniel mentioned stopping at home so JoAnna could change into a more comfortable pair of shoes to walk around downtown.

As she walked in the house, she noticed something white on the stairs.  "Diggy must have gotten into something while we were out", she expressed.   Walking up the stairs, she noticed candles lining the outside of the stairs, begin to hear the soft music, and upon closer inspection noticed the "white items" were rose petals.  Turning the corner into the living room; she was met with camera flash and with letters spelling "Marry Me".

Immediately, she froze while putting her hands over her face. Daniel took her by the hand and walked her to the middle of heart made out of roses.  Getting on one knee, he asked JoAnna to marry him.  She responded with a resounding "YES".

Our love is special in that it is and always has been naturally effortless. We clicked from the start, and we knew we had something special when we wanted to be around each other more and more. Each time we hung out, there didn't need to be a set plan for what we were going to do, but we let the energy and conversation of the moment lead the way.  It turned out that we had so many things in common from how we were raised as Preacher's kids in the South, to the deeply engrained work ethic, to love for working out and fitness, all the way to how we saw the world on a number of different topics. 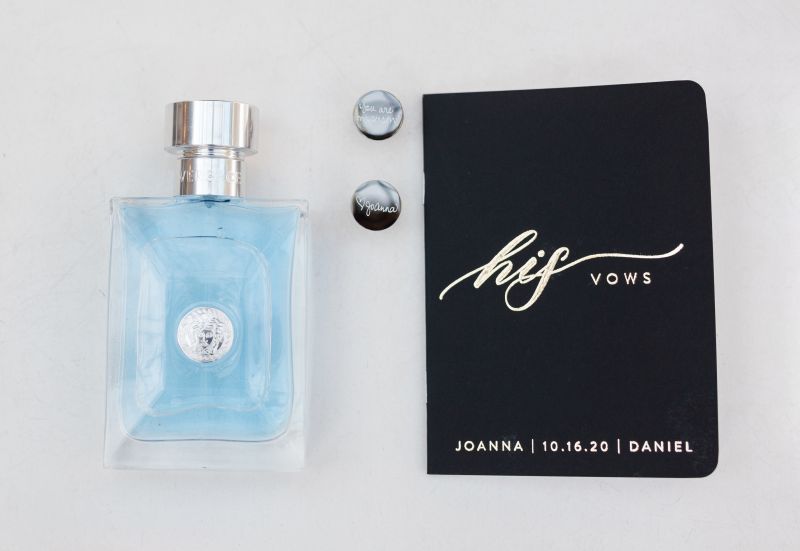 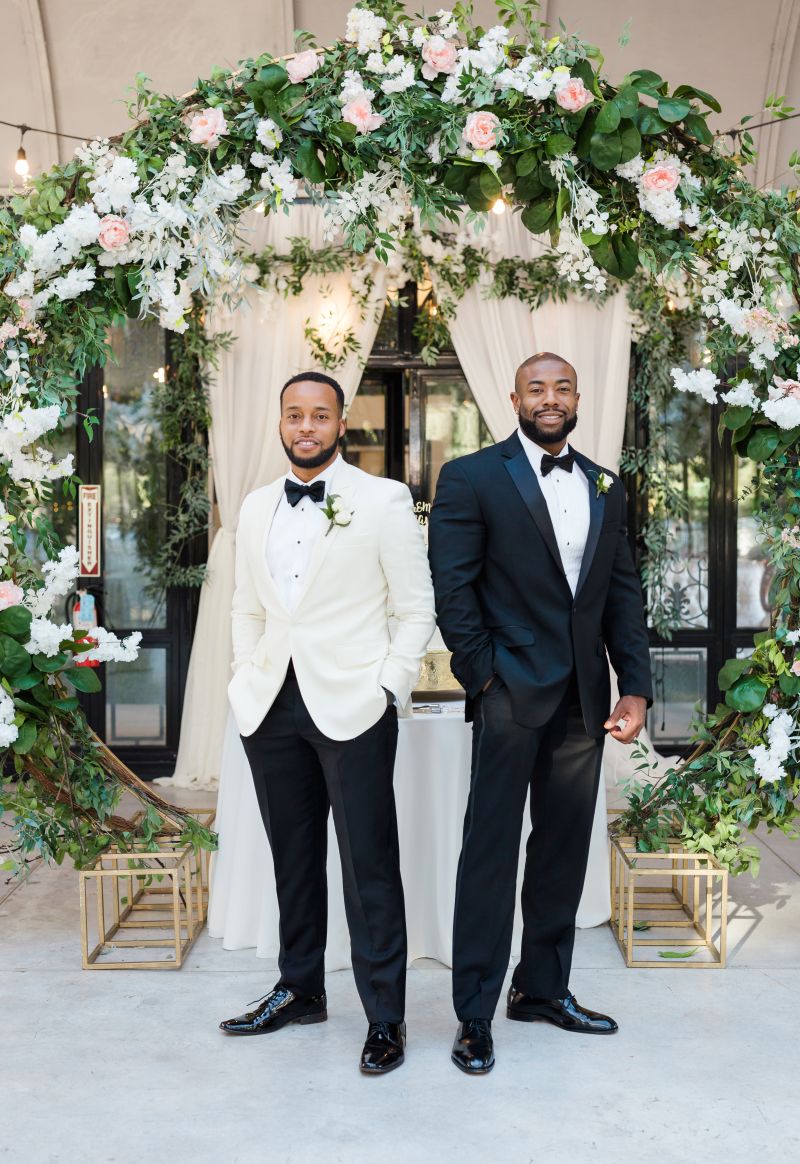 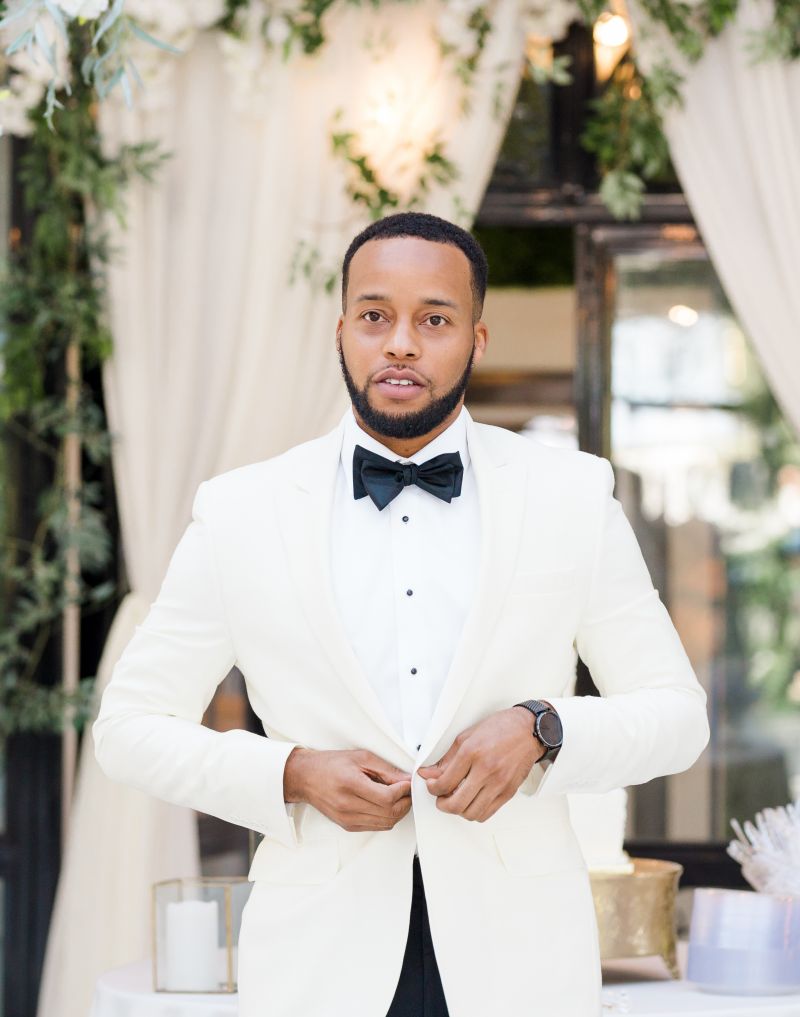 From the Bride: (briefly tell us about your wedding experience and how you felt on your big day)

The day of the wedding I was incredibly relaxed which I did not expect.  I wanted to have a chill yet upbeat environment that morning, so we decided that my sister's home would be our location for getting ready. It worked out perfectly because my sister was also my Matron of Honor and because her house was only 5 minutes away from the wedding venue.

While Daniel and I wanted our wedding to be timeless and classic, we also wanted to do what we wanted to do and that meant breaking tradition in some areas.  We opted not to have a full bridal party, and instead, he only had a Best Man and I had a Matron of Honor.  Before I knew it, it was time to head down the aisle. I'll never forget that feeling! The ceremony was very emotional especially when we each read our personalized vows to one another. When it was over, we had a wonderfully relaxing photoshoot while guests enjoyed cocktail hour. The reception was so much fun and full of memorable moments of joy and laughter.

From the Groom: (briefly tell us about your wedding experience and how you felt on your big day)

Our day was absolutely amazing! After the nerves and stress went away, it felt like a dream.  We planned a wedding during the toughest year of our lives, and it was incredible.  At the end of the ceremony, I had a moment to reflect and felt a huge sense of gratitude. 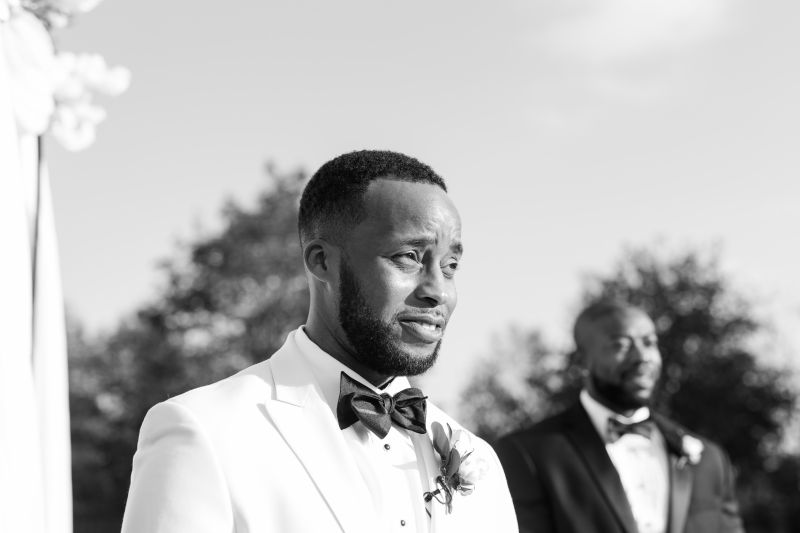 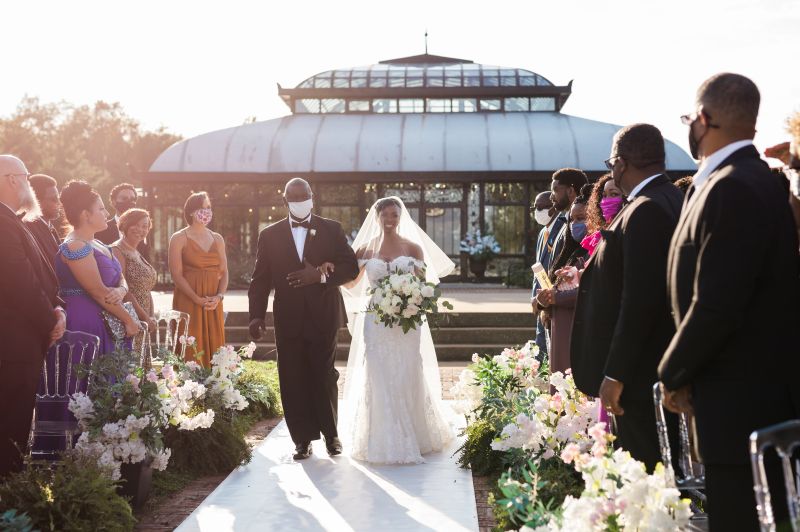 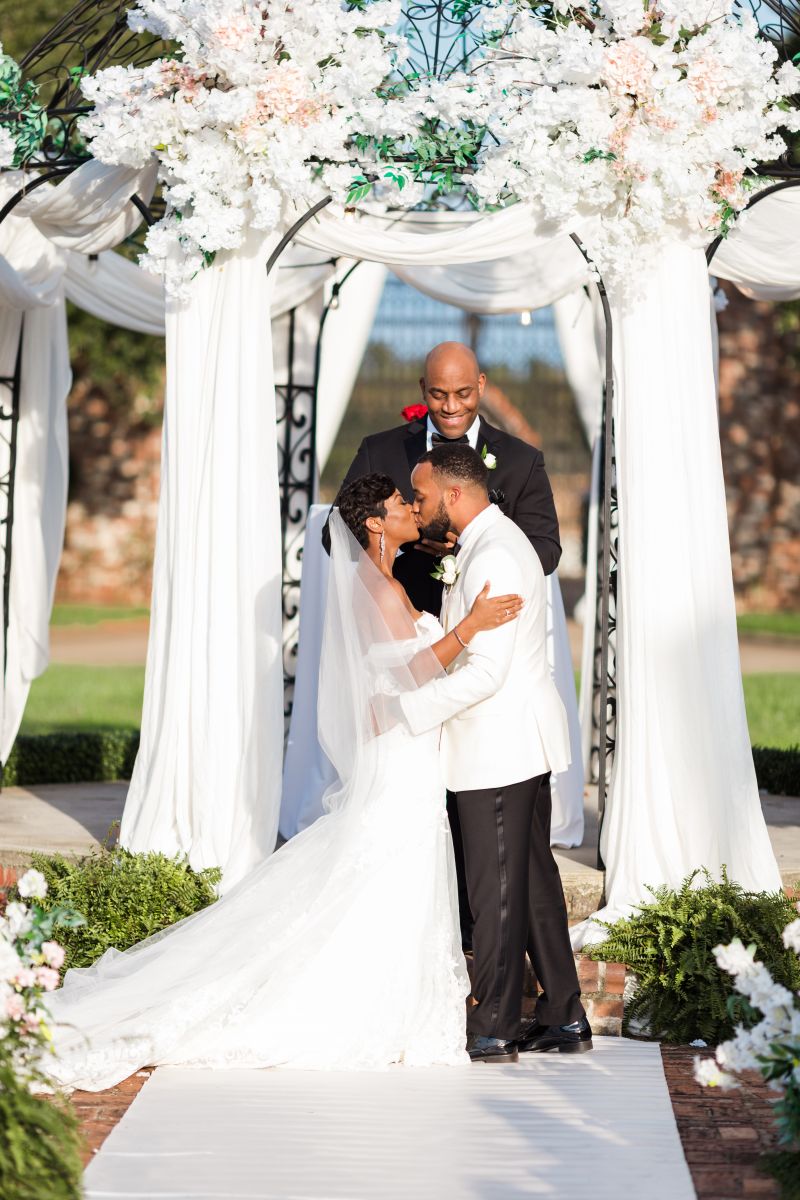 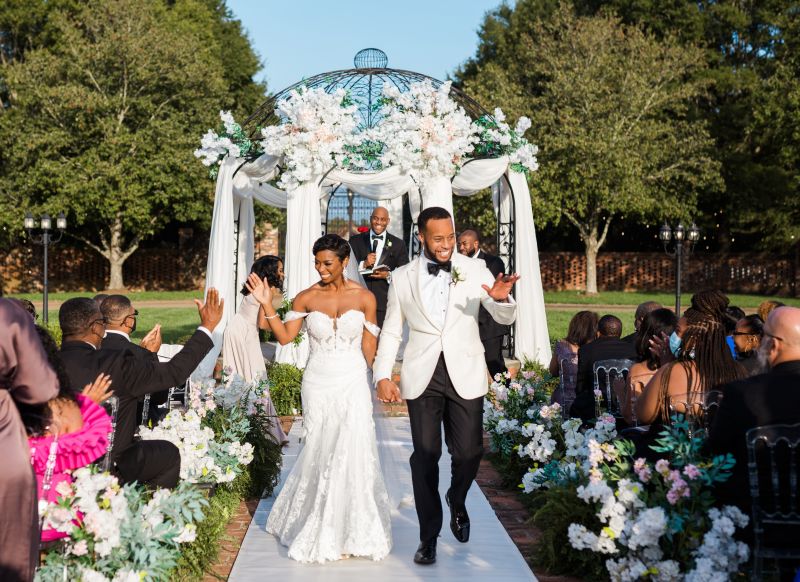 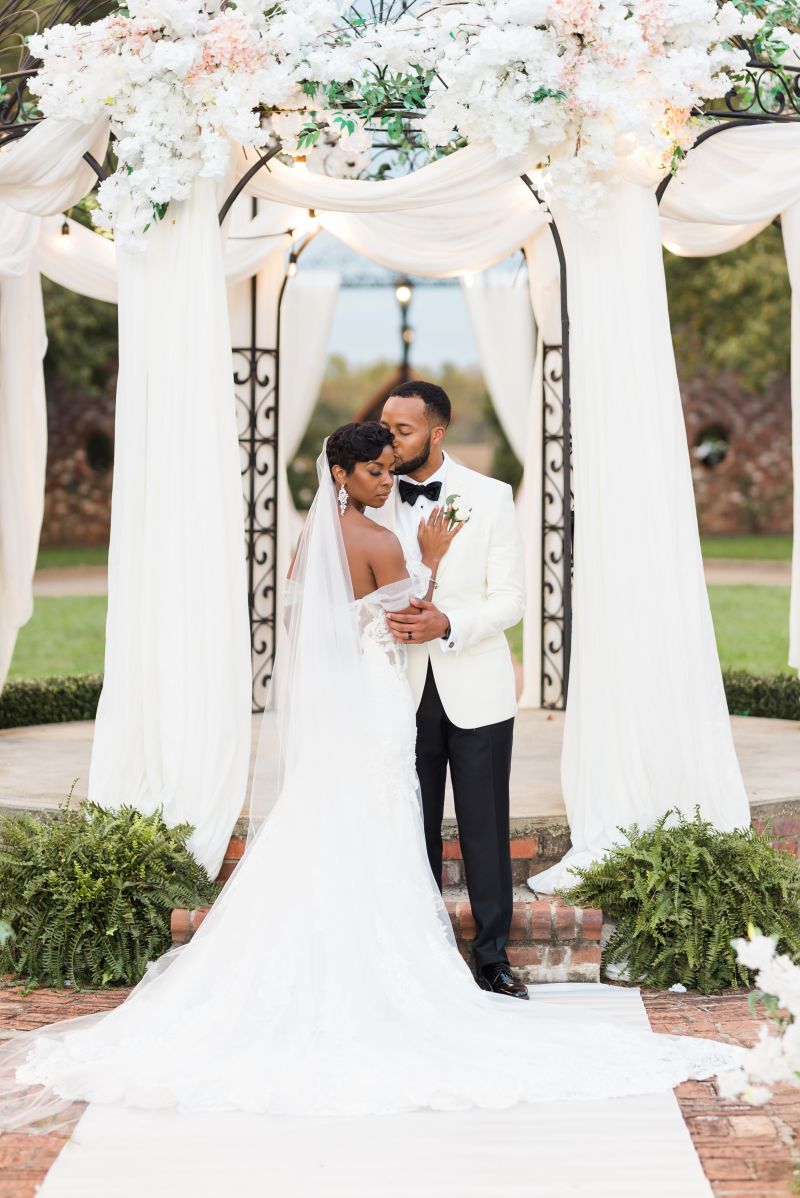 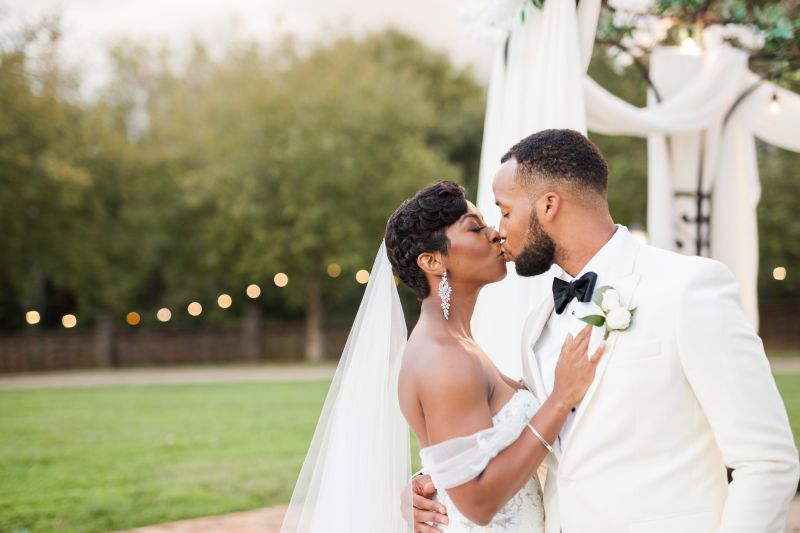 One of the best moments was when my dad saw me for the first time for the First Look. Also, reading our personalized vows meant so much and I'll never forget it. Finally, seeing my family and friends all together and dressed in black tie attire was incredible. It's one of those things that you don't see and won't see many times in life.

We had a few special songs that we chose for this day. When JoAnna was coming down that aisle, we had a saxophonist playing "Best Part" by Daniel Caesar live.  The first dance song was "Find Someone Like You" by Snoh Alegra.

Our favorite wedding detail was the saxophonist we hired to perform during our ceremony and cocktail hour.  It was truly a delight to listen as we walked down the aisle.  We also LOVED the firework show at the end, followed by the full pyro show as the getaway SUV drove off during the send-off! 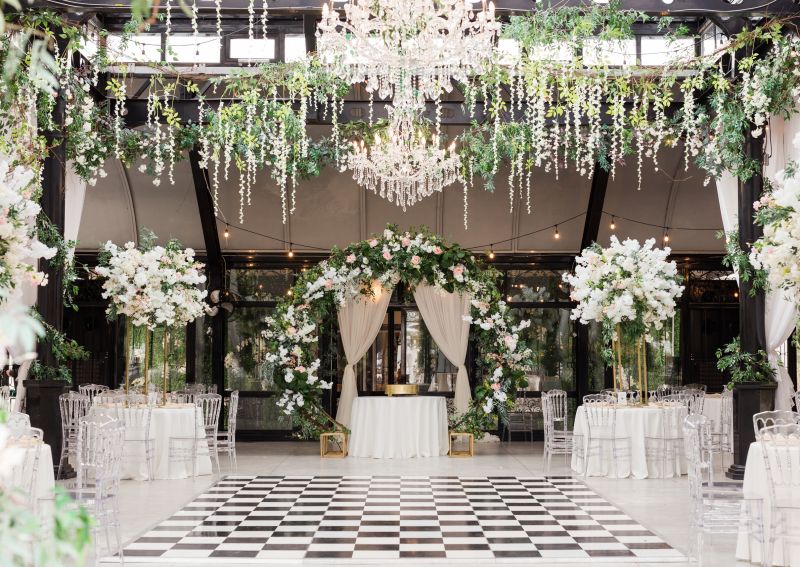 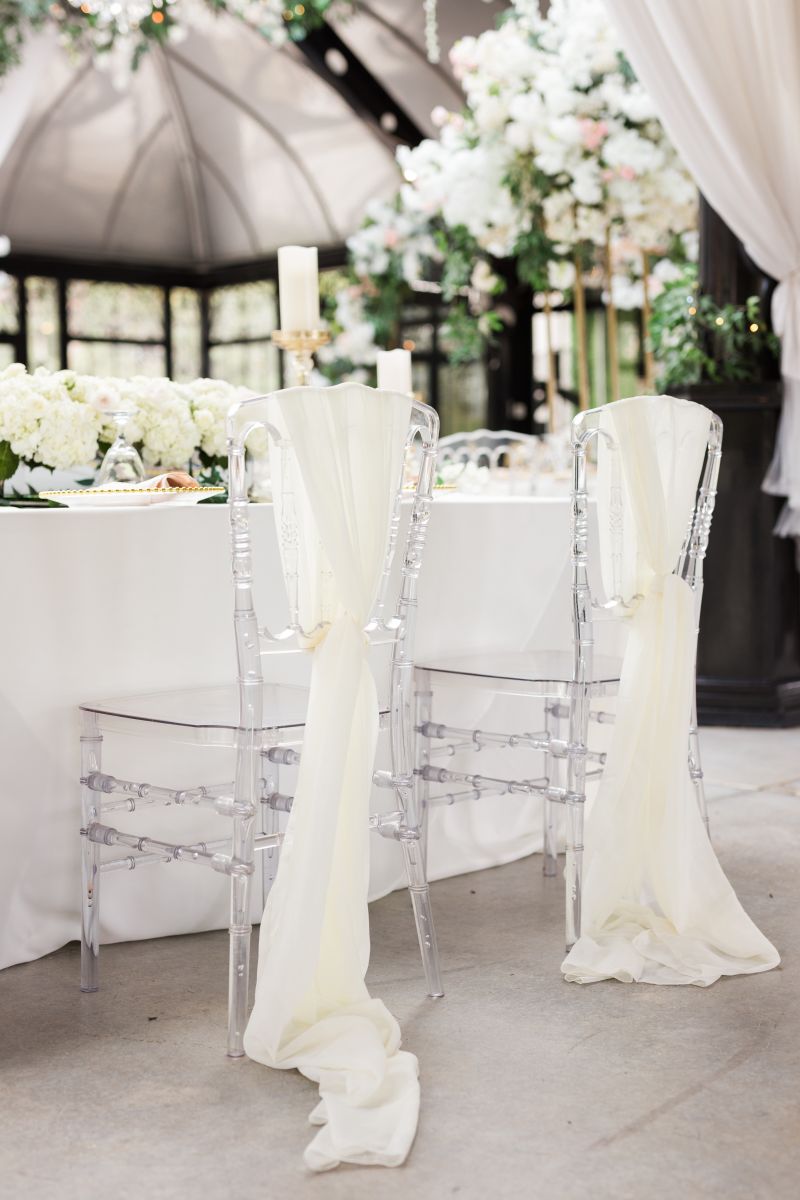 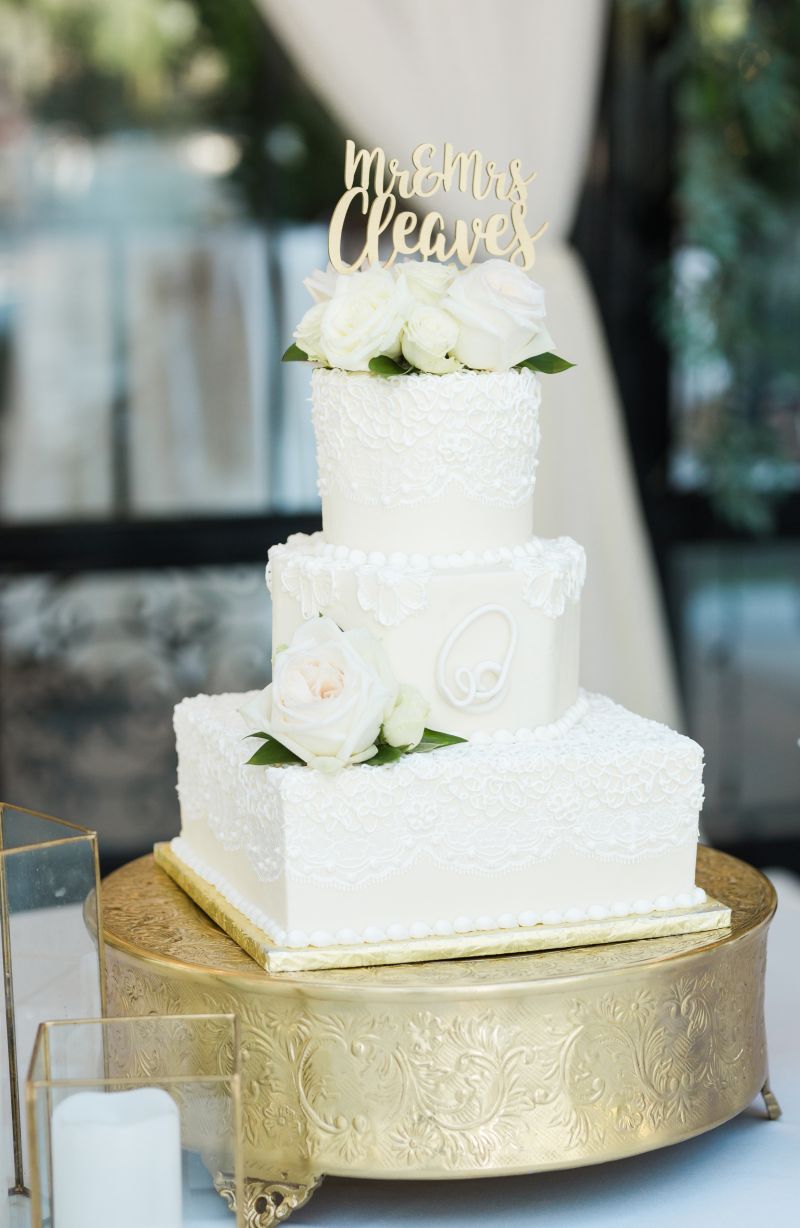 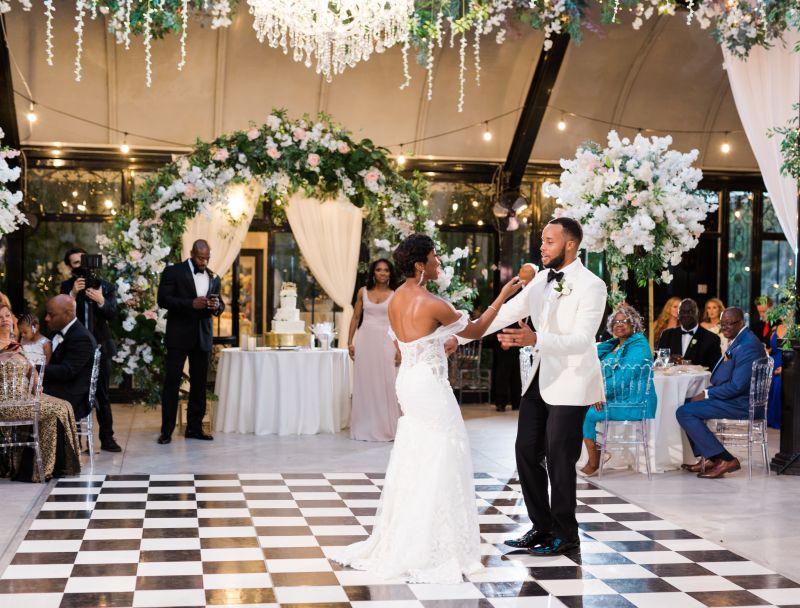 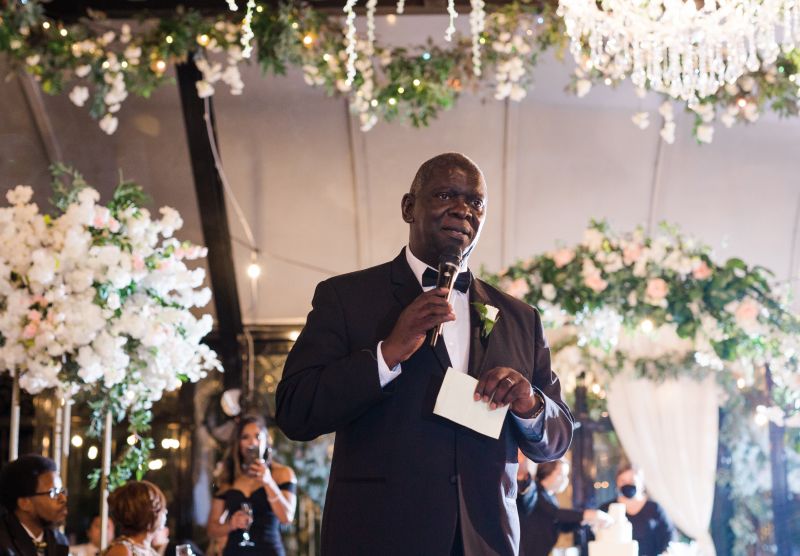 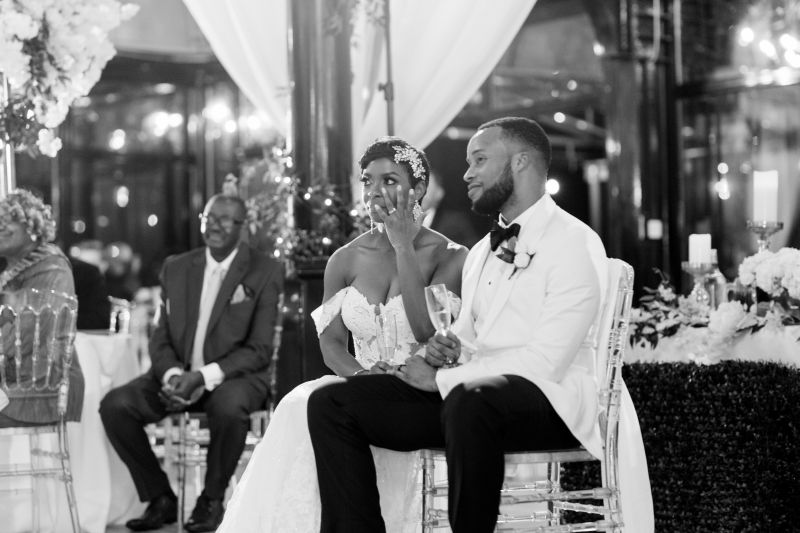 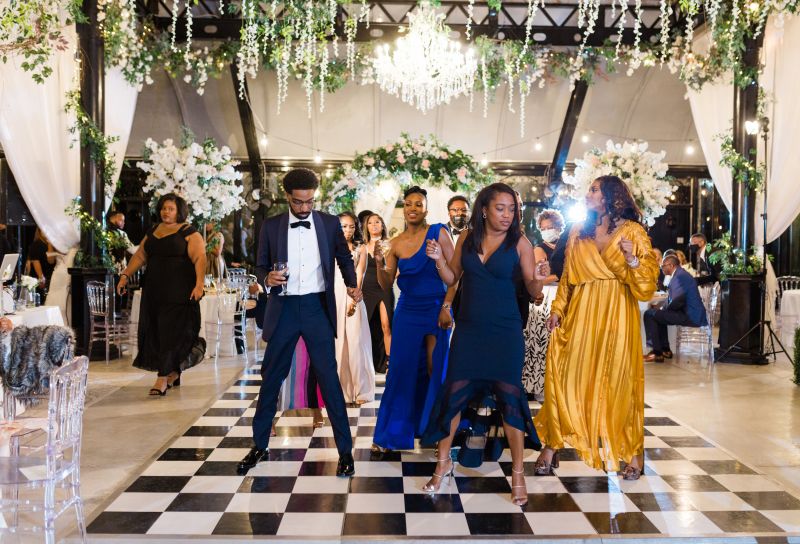 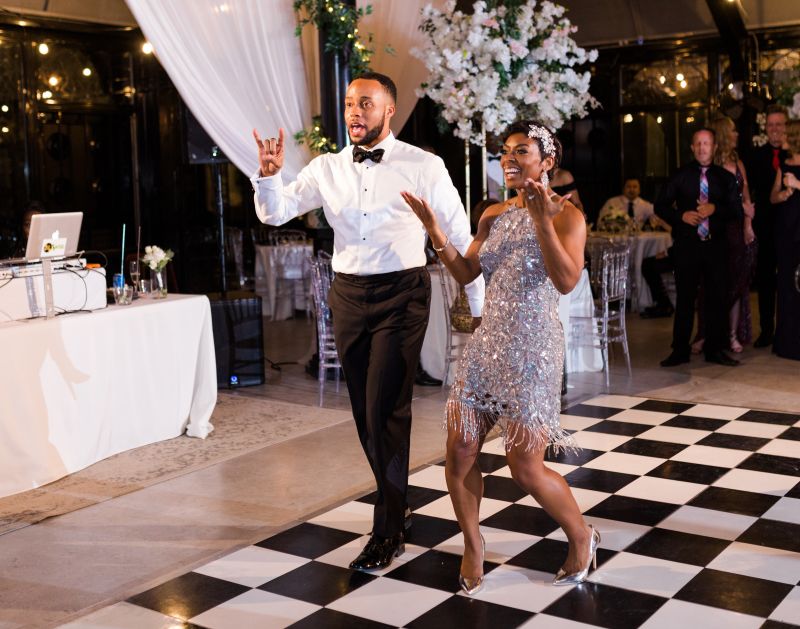 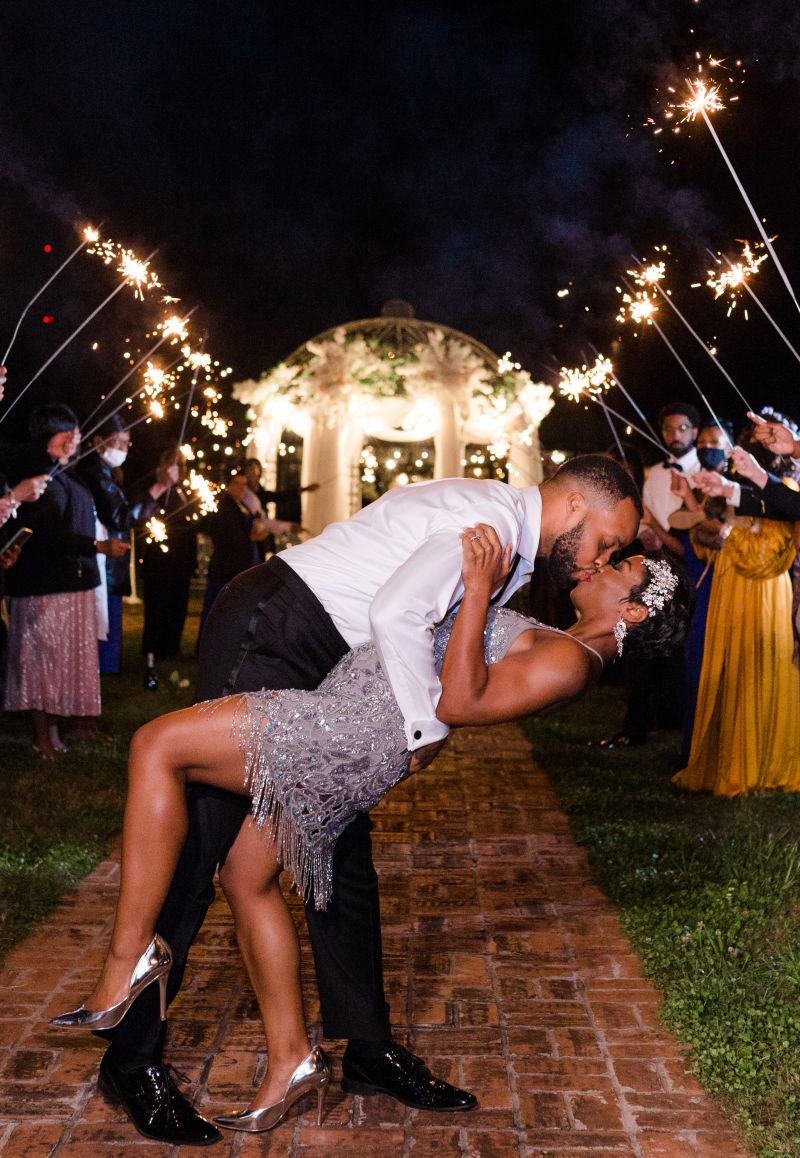 Growing together, learning about each other, and exploring the world together.  We have so many goals to achieve and doing it together really excites us.

Advice for a Bride/Groom on their wedding day:

Really take a moment to feel the gratitude of others' celebrating your day.  Also, take a step away with your partner to take in the day. Don't let the stress of getting things perfect take away from the moment.

Congratulations to the happy couple! We wish you a fruitful marriage and many years of wedded bliss!